Friday 8th July 2022 we will have our field trip to the Natural Park of Collserola (https://www.parcnaturalcollserola.cat/en/). The area to be visited, the The Can Balasc and la Rierada Partial Nature Reserve (41°26’05.6″N 2°02’28.9″E), is around 40 minutes from Barcelona. In the morning, we will be collecting along 1,5-2 km of the flat path named “Carrer sense nom 3003”, and the surroundings. 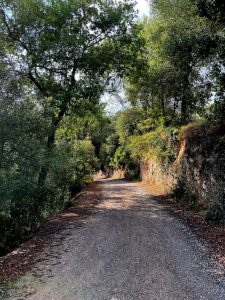 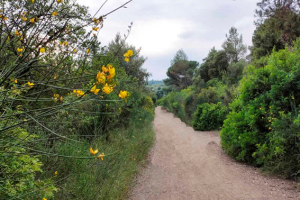 A description of the environment and vegetation, and links to publications on Heteroptera in the Park, are given below.
In due time, we will have lunch in the nearby Restaurant Castellví (https://www.cancastellvi.com/restaurant/), with a pleasant terrace. We plan to be back in Barcelona in the evening.
Important: Permission to collect was obtained from the authorities concerned. The Park of Collserola Council is quite interested  in the results of our collections, as there is no information on the true bug fauna of the la Rierada area!

The Can Balasc and la Rierada Partial Nature Reserve is the most interesting area of ​​the Collserola Natural Park, as representative of the Mediterranean forest environments. This becomes even more remarkable if we consider the anthropization of the Serra de Collserola and its surroundings.

The watercourse that gives the area its name is the Vallvidrera stream, after the waterflows of Les Tres Serres and Can Mallol join it. It follows the regime of summer droughts characteristic of the Mediterranean climate. In other words, there are isolated ponds in late spring, but by July, drying is almost complete. This intermittent presence of water conditions the adaptations of the fauna and flora that live in this area of the Collserola Park. Water quality depends on the effluents of a nearby treatment plant, the seasonality of the Mediterranean climate regime, and the self-purifying capacity. This capacity, which is quite remarkable, is closely related to the presence of riparian forest, and in some sections, the water quality reaches that of “natural state”. 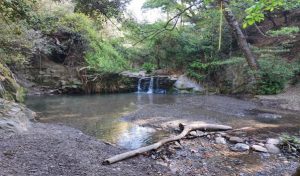 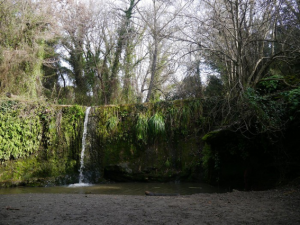 The level of knowledge of the biota in the area is high in relation to the flora and vegetation, vertebrates, and molluscs, but very low in terms of arthropods in general.

The forest habitat
The majority of forest vegetation of the Reserve is made up of mixed forests of white pine (Pinus halepensis) and holm oak (Quercus ilex subsp ilex) with good representation of cerrioid oak (Q. X cerrioides). The undergrowth, which can be very dense, is made up of holm oak scrub from the Quercetum ilicis galloprovinciale vegetation unit. The forest mass of the Reserve presents a continuum of great interest.
The forest fauna is very rich. Unfortunately, the most detailed information is available only for vertebrates, especially birds, with five species of birds of prey, and numerous representatives of other avian groups. Mammals are also generally present, with insectivores, rodents and carnivores, and species as elusive as the genet (Genetta genetta) or badger (Meles meles). Among the herpetological fauna, there are some snakes, but the lizards are in decline. 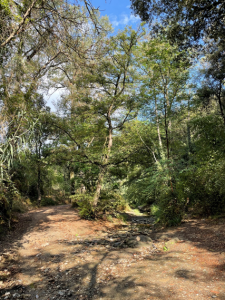 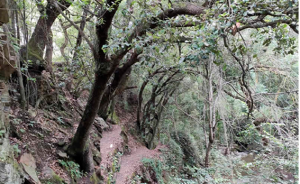 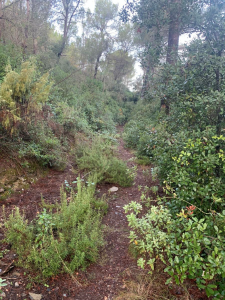 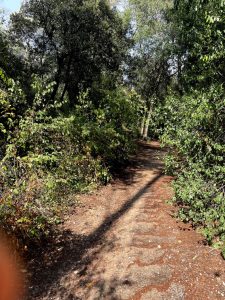 The hollows
On the other hand, given the topography of the area, it is worth noting the valley bottoms, which are characterized by dense vegetation, almost impenetrable within the forest. It is mostly composed of forest climbing plants such as rough bindweed (Smilax aspera), evergreen clematis (Clematis vitalba), ivy (Hedera helix), and brambles (Rubus ulmifolius) and accompanied by other prickly Rosaceae such as wild roses (Rosa sp.) and others. These habitats are of great interest from a faunal point of view in the context of Collserola, both for providing shelter away from human visitation and for the abundance of fruits, a source of food for mammals and frugivorous birds. 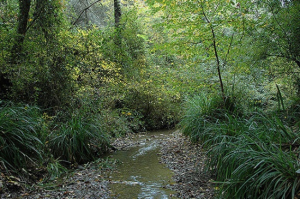 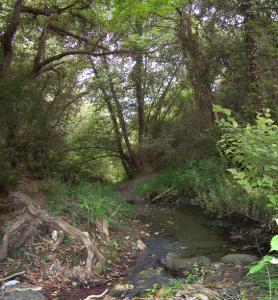 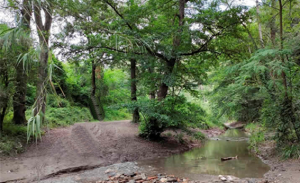 The shrub layer includes hawthorn (Crataegus monogyna), redoul (Coriaria myrtifolia), and common dogwood (Cornus sanguinea). The herbaceous layer includes purple gromwel (Lithospermum purpurocaeruleum), spurge (Euphorbia amygdaloides), Italian arum (Arum italicum), rushes (Juncus sp.), yellowcress (Rorippa sp.), sedges (Carex sp.) and leopard’s bane (Doronicum pardalianches). At the edges of the paths that follow the watercourse is a nitrophilous plant, dwarf elderberry (Sambucus ebulus).
Algal growth indicates that the stream has a moderate degree of pollution. Among the bryophytes, lateral Cryphaea (Cryphaea heteromalla), which is considered highly sensitive to pollution, and Homalia moss (Homalia lusitanica), mentioned in the Red List of bryophytes of the Iberian Peninsula, stand out.
The bird fauna of the riparian environment is rich and varied, partly shared with that of the forest area. As for amphibians, the salamander (Salamandra salamandra) and the Iberian water frog (Rana perezii) are the most characteristic. However, the most emblematic species of the Rierada is the red-tailed barbel (Barbus haasi), the only species of fish in the Park, always in a precarious state of conservation.

Heteroptera of the Natural Park of Collserola

A check-list including an updated, succinct selection of data, both published and unpublished, about Heteroptera from Collserola Park, Barcelona, is here given. Asterisked (*) localities refer to the material studied by the second co-author for her Ph. D. thesis.
http://sea-entomologia.org/PDF/Boletin_29/B29-013-069.pdf

A checklist of 43 heteropteran species collected in the area of influence of Can Coll School of Nature is given. By its rarity in the Catalan fauna, the mirid Deraeocoris (D.) schach (Fabricius, 1781) and the pentatomid Sciocoris (N.) maculatus Fieber, 1851 are interesting species. Plus being rare species, the mirid Macrotylus (A.) solitarius (Meyer-Dür, 1843) and the pentatomid Sciocoris (S.) umbrinus (Wolff, 1804) are new records for the Natural Park. The mirids Alloetomus germanicus Wagner, 1939 and Amblytylus brevicollis Fieber, 1858, and the pentatomid Eysarcoris aeneus (Scopoli, 1763) are new contributions for the Park checklist. The Heteropteran richness of Can Coll suggests them as study group for the environmental education goals of this School of Nature.
http://sea-entomologia.org/PDF/Boletin52/244248BSEA52HemipteraOsorioetal.pdf 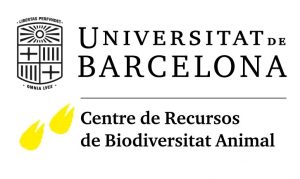 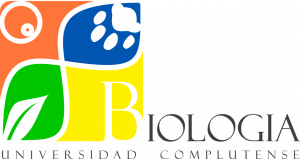